Most of us have heard of the Camino de Santiago, the PCT or the Appalachian Trail. The most popular long distance treks in the world see their fair share of foot traffic and for good reason. But what about those worthy treks most of us have never heard of? While it can be incredibly rewarding meeting fellow travelers while we hike, sometimes solitude is what we crave. Here is a list of long distance treks all over the world that don’t get much recognition.

One of England’s national treasures, The South West Coast Path is one of the world’s great walking adventures. It’s also incredibly long stretching 630 miles from Minehead to Poole. It’s been designated as the UK’s first national trail since 1965 and if the great outdoors and the sea are what you crave then this might be just the ticket.

Come to the beach anywhere in the South West of England, turn left or right and you’ll be on the South West Coast Path and on the edge of an amazing experience. Where else can you walk along 630 miles of such superb coastline which makes up the longest National Trail in the UK? The heritage, wildlife, geology and scenery along the way are truly inspirational and every day walking it brings stunning new experiences. – South West Coast Path Website

Taking about  7- 8 weeks to complete, the trail passes through three national parks and some of the most spectacular scenery that England has to offer. Planning resources here.

With more water than all the North American Great Lakes combined, Baikal is an incredible body of water. The classic Lake Baikal trek follows the western shore. At times the trail is just inches from the waterline; at others it climbs 767m (2,500ft) above the lake to the summit of Mount Listvyanka. If you are looking for a secluded and remote adventure then souther Siberia is the place to go. There are over 310 miles of trails to explore around the lake ranging from day hikes to 3 day treks next to a body of water so big it can feel like the ocean. 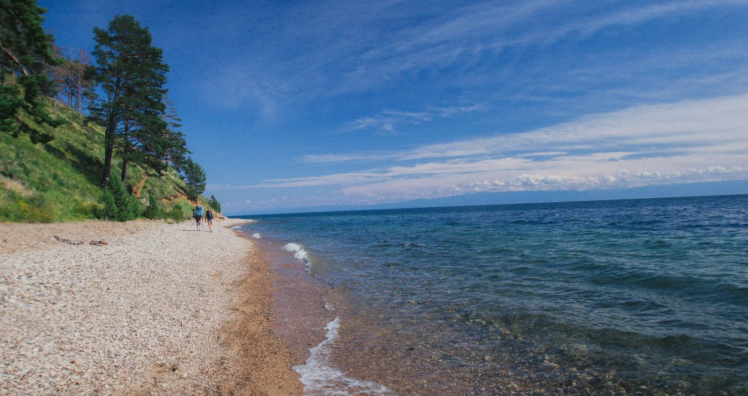 Machu Picchu trails can be incredibly crowded. To avoid these throngs of trekkers you can instead opt for the Lares Trek. The trail starts in Cusco and ends in Machu Picchu where hikers can then catch the train back to  Cusco. This trek is very challenging and for more experienced hikers. The trail passes through remote mountain communities where children herding llamas and alpacas can still be seen and after passing through cloud forests. This adventure takes about 4 days and many people choose to go with guides but it can also be done on your own.

Stretching 134 Miles from Helensburgh in the west and Dunbar in the east (John Muir’s birthplace) this relatively new trail takes 9 – 11 days to complete. In 2010, the Central Scotland Green Network (CSGN) agreed to create a new long distance route named after John Muir. The route was planned for completion in 2014 to coincide with the 100th anniversary of John Muir’s death, Homecoming Scotland and the Commonwealth Games in Glasgow. SNH led the work with assistance from the 9 local authorities, Loch Lomond and Trossachs National Park, and other key bodies. The route symbolically links Dunbar (John Muir’s Birthplace) with Scotland’s first national park (Loch Lomond and the Trossachs) and with Helensburgh in the west, forming a coast to coast route. It provides an accessible and varied route, linking together the finest landscapes, countryside and places of interest, for anyone to use. The route links together core paths, other promoted routes, trails and cycleways, including the original John Muir Way in East Lothian.

This trail connects Abisko in the north and Hemavan in the south meandering through beautiful Swedish landscapes for 270 miles. You should plan for about 3 weeks of hiking sometime between Mid-June – Mid-September. Today King’s Trail is fully equipped with huts and cabins (you can also camp) between Abisko and Kvikkjokk, and between Ammarnäs and Hemavan. The most frequented part of the trail is Abisko-Singi and further on towards Nikkaluokta passing by Kebnekaise Mountain Station at the foot of Sweden’s highest peak, Giebmegáisi. King’s Trail takes you through the most beautiful parts of the Swedish Lapland mountain landscapes. Most hikers report not having to carry water as the streams are clean enough to drink directly from them. The huts are simple and are intended for self-catering without electricity and running water. Here, you will chop wood, light a fire in the stove, cook food, fetch water, do dishes and clean. You sleep with your own sheets or sleeping bag in dormitory-style rooms equipped with bunk beds, mattresses, pillows and blankets. Space in a mountain hut cannot be reserved. Hut wardens allocate beds and everyone gets a place to sleep.